The pheasant is Scotland’s most familiar gamebird and is the hallmark of driven shooting. Although not indigenous to Britain, it has inhabited Scotland for almost 1,000 years likely arriving with the hare and rabbits accompanying the Roman legions.

In Scotland they are usually found in woodland, hedgerows, and open farmland with proper cover. It takes skill and judgement to fell an ordinary high-flying pheasant 25 to 30 yards above the shooter.   A curling high-flying pheasant dropping motionless will require extraordinary skill.

A bag of pheasants, unlike grouse, is counted singly.   However, it is common for the keeper to present each Gun a “grace brace” at the end of the day. It is good manners to accept it because it reinforces the connection between shooting and food on the table, which is, after all, the essence of our sport.

The resident woodcocks are often found in pheasant wood but the majority found in Scotland are migratory birds usually crossing the North Sea from as far away as Russia.  It is often said that the bulk of this migration coincides with the first full moon in November.  When numerous woodcocks habitat one spot, the area is known as a “fall” of woodcock. The correct call to alert fellow Guns is “Mark Woodcock” as opposed to the familiar “Woodcock forward”.

Two woodcocks are seldom seen together, and their flight is erratic.  Thus, a “right and left” woodcock is considered an extraordinary feat. Woodcock were the favorite gamebird of George VI and every woodcock was recorded in his Sandringham dairy in red ink.

Woodcocks are generally served undrawn so that the cooked intestine known as the “trail” can be savored.

The woodcock’s two pin feathers that lie along the shoulder of the wing are the only trophy in British game shooting.  They are sported in hatbands and in former- times painters of miniatures used them to apply fine detail.

Prior to the Second World War, the wild grey partridge was commonplace in Britain.  However, in modern times the species declined massively because of the adoption of modern farming techniques which decimated the nesting habitats of the wild grey partridge.  In fact, between 1970 and 2000, the population declined from more than a million pairs to less than 75,000 pairs.

Wild partridge shoots are known as “partridge manors” and were common before the Second World War and some produced astonishing bags.  On October 18-21, 1887, at The Grange Estate, Hampshire, seven guns shot 4,109. A decade later, at Houghton, Norfolk, the guns bagged 4,316 in four days.

In recent years, Sportsmen have led the efforts to restore the wild grey’s fortunes and the conservation efforts are starting to produce good results. Shooting is part of the management and takes place if there is a sustainable surplus. 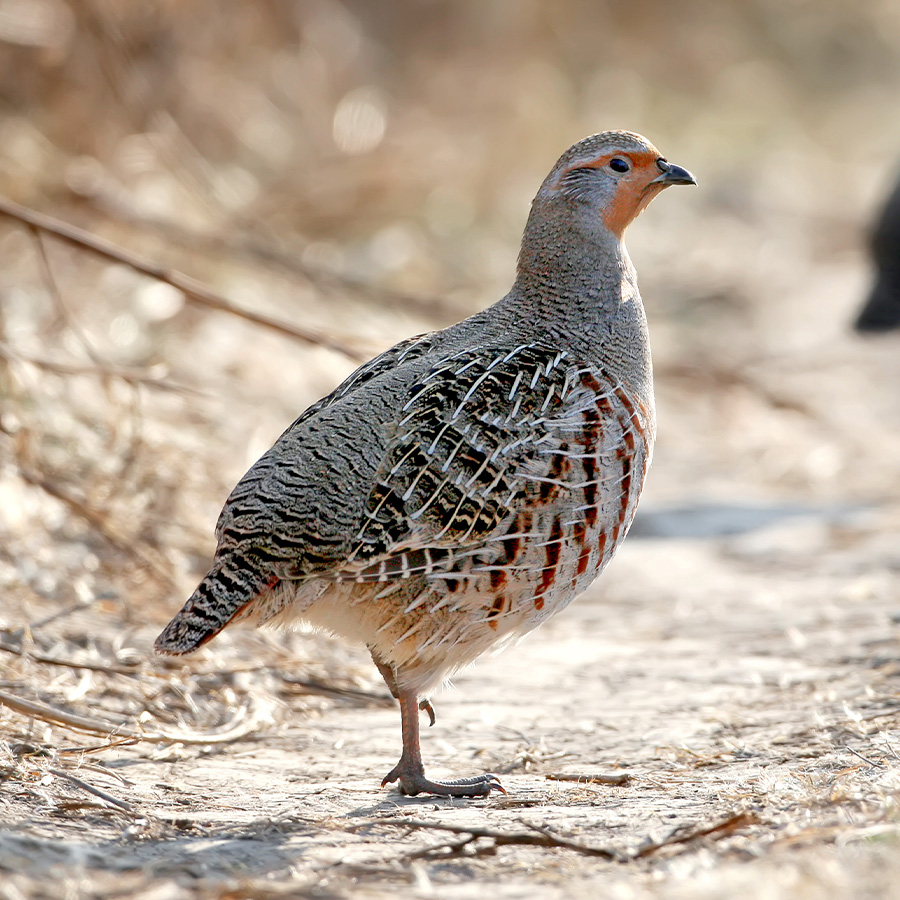 The red leg partridge was introduced to Britain in the late 17th century from its native habitat primarily in Spain, Italy, and France.   Its origins likely explain why it is sometimes known as the “Frenchmen” and the native grey partridge is known as the English partridge. However, some say the term Frenchman came from its preference for running, unlike the “brave little native” – the grey or English partridge – which more readily faces the Guns. Others maintain it was so christened because its red-legs match the crimson trousers worn by French infantry prior to the First World War.

As the grey partridge’s numbers have declined, the red-leg now provides the majority of partridge shooting in the UK. They are mostly reared, though it breeds freely in the wild given the right habitat and predator control. Red-leg partridges are often presented either as (a) high “mini pheasants” or (b) like grey partridges over hedges depending on the topography.

The snipe is classified as a wader but has attained gamebird status due to its sporting and culinary qualities. The snipe provides one of the smallest and difficult sporting targers due to its erratic flight.  Game-guides estimate on driven snipe shoots the average Gun fires eight cartridges for every snipe bagged. However, Guns who take trouble to conceal themselves will find the birds fly over relatively straight.  Sometimes they will appear so high as to be little more than specks, but this is deceptive because when directly overhead they are seldom truly out of range.

The snipe breeds on the moors and bogs so they are notoriously difficult for dogs to scent and their small size and excellent camouflage make them hard to pick.  So it is important to mark fallen birds carefully. The best method is to walk towards the fallen bird without taking one’s eye off the mark. Snipe are counted singly on the gamecard, but a keeper will give you a couple, not a brace.

They are delicious, roasted whole and ungutted. The brains are an especial delicacy. Winston Churchill is said to have liked a couple for his breakfast, washed down with a bumper of port. 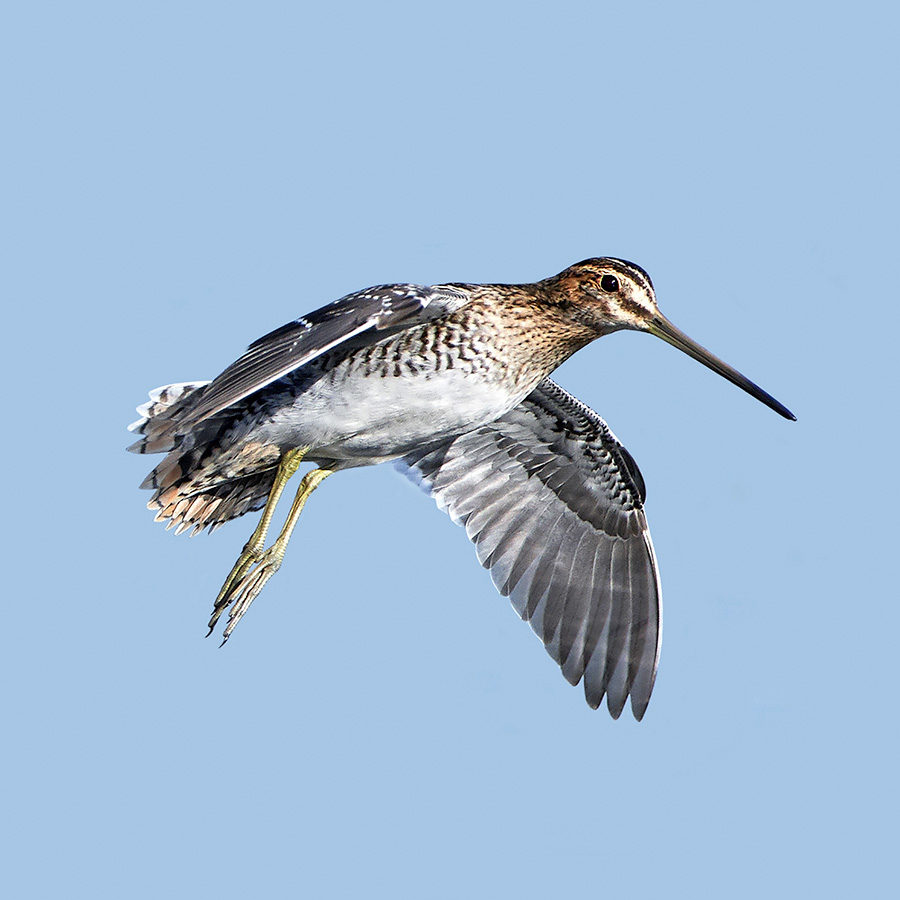 A variety of duck species may be shot in Scotland, but the primary quarry species are mallard, teal and wigeon. The teal is our smallest duck and a most difficult mark: a trip of teal coming into foreshore decoys provides an easy enough shot for the first barrel, but their reaction to the shot is remarkable.

The “Springing Teal” stand, so common at clay shoots, is a tribute to their extraordinary ability to stand on their tails and rocket skywards.

All domestic ducks are descended from the mallard.  Although tame on village ponds, the mallard is renowned for its wariness in the wild. To overcome this, wildfowlers use decoys and duck-calls.  Where driven game shoots release duck as an added quarry mallard tend to be used. Mallard is excellent on the table.

Keep in mind that the feathers surrounding its preening gland are naturally oily and trap air, allowing fly-tiers to build a variety of deadly fishing flies such as the Cul de Canard Emerger.

In Britain, once every century, All Souls College, Oxford, holds a feast commemorating the giant mallard that flew out of the foundations of the college when it was being built in 1437. Its Fellows parade around the College singing the Mallard Song and led by a “Lord Mallard” who is carried in a chair, in search of the legendary fowl. The next Mallard ceremony will be in 2101. 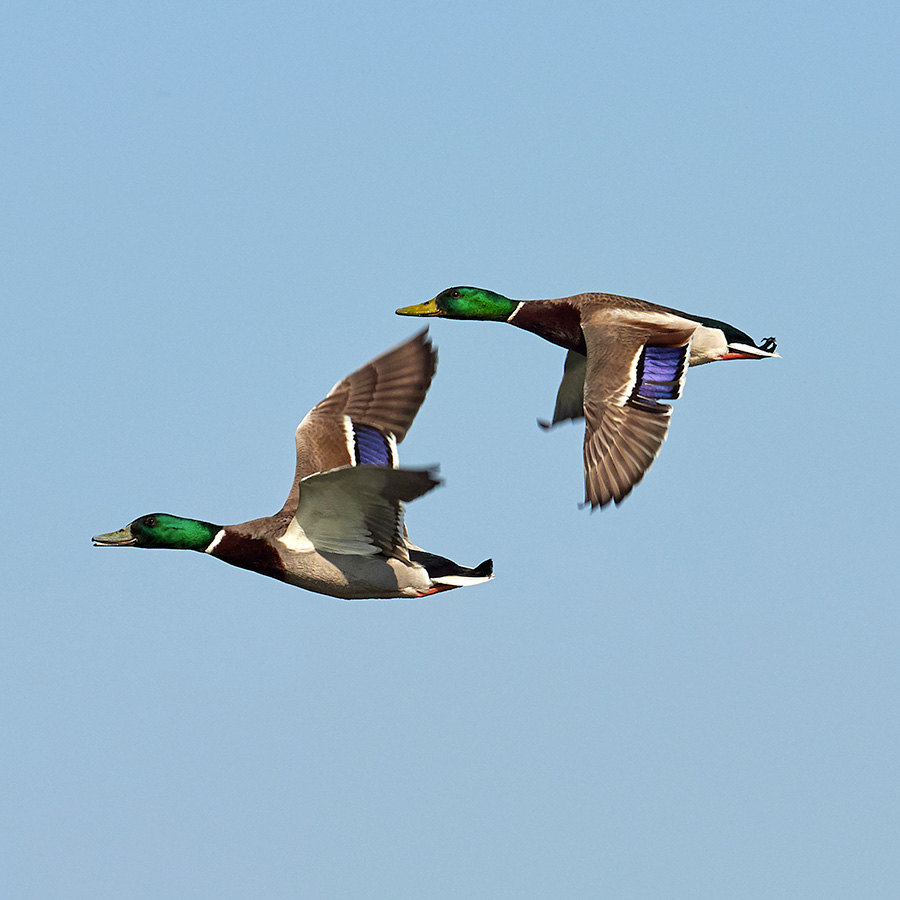 Unique to the British Isles, the red grouse is the finest gamebird in the world. As such, it’s our only quarry whose season invades the national consciousness, with the annual celebration of the “Glorious” Twelfth (though shooting men always call it “The Twelfth”).

Its home is the heather uplands of northern England and Scotland, with a few scattered populations keeping a toehold in Wales and Ireland. All told, there are some 460 grouse moors in the UK covering 1,500,000 hectares, a precious resource of global importance: we have 75% of the world’s heather moorland.

The grouse remains the ultimate challenge due to its extremely fast, low flight, hugging the contours of the moor. This evolved over the ages to deny the peregrine, its main avian predator, air space for the falcon’s deadly 200mph stoop. This has resulted in a quarry species that often travels well over 60mph if there’s any wind (there usually is) and at head height.

Even so, some accomplished Shots regularly manage to shoot five, and sometimes, six out of a covey, using a pair of matched guns and a skilled loader. Grouse are extremely wary, and their pursuers are careful to remain still in their butts and ensure their loaders and spectators do likewise. They also dress in somber hues. Chatter is discouraged, as total concentration is needed to shoot successfully and safely, an acute concern with low shots being the norm.

Paradoxically, the bird flourishes only where it is shot. Like all ground-nesting birds, it requires suitable habitat and protection from predators, and only keepered moorlands provide both. They are expensive to maintain yet there are always men prepared to spend millions on wild acres of heather and peat, rock and water. Like so many before them, they have discovered few experiences in life better a day’s driven grouse shooting, especially later in the season. Patrick Chalmers, the sporting poet, expressed much of the attraction in verses penned in 1931.